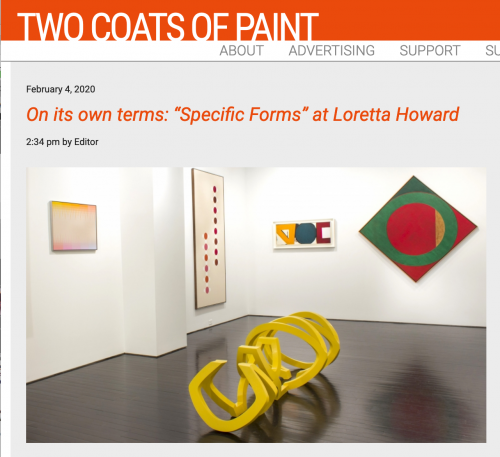 Contributed by Kim Uchiyama / “Specific Forms” at Loretta Howard Gallery illuminates a particular moment in 20th century art history where works created by a variety of artists occupied the space between the then diverging ideologies of a young Donald Judd and those of the older critic Clement Greenberg. Saul Ostrow has curated a finely-tuned exhibit that demonstrates the highly individual modes of thought that were at play during this transitional time, ideas distinct from the critical positions of Minimalism, Pop and Color-field.

View Article
Back To Top